On March 4, Guy Cook had the privilege of speaking at the special session of court held in honor of Federal Chief Judge John A. Jarvey’s recent retirement. Judge John Jarvey was appointed to the United States District Court for the Southern District of Iowa in 2007 by President George W. Bush. In 2015, he […] 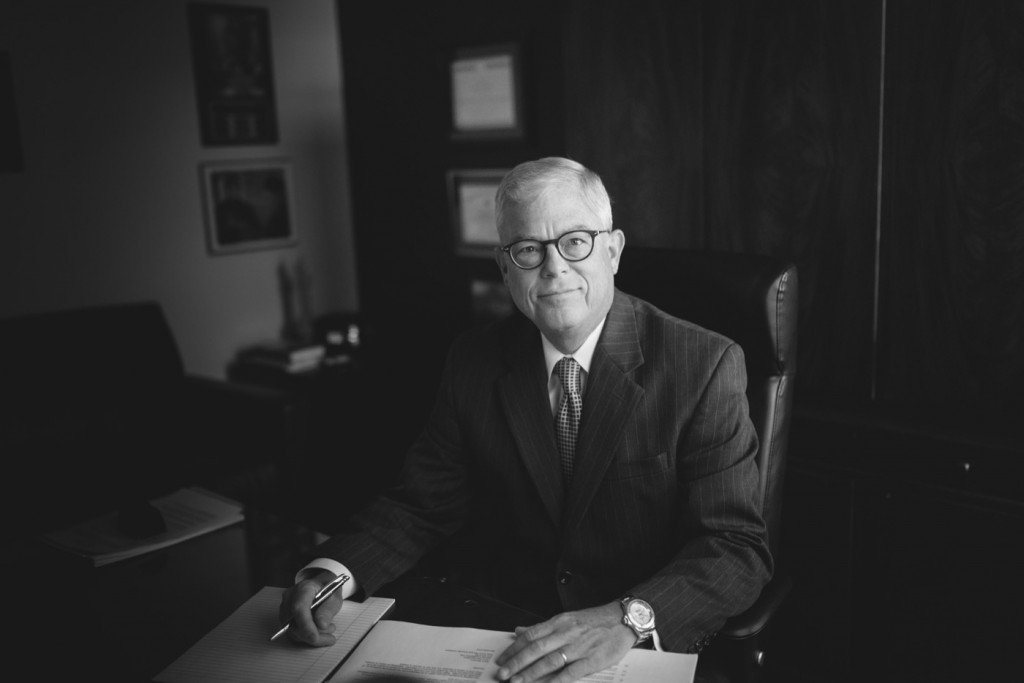 Guy Cook is a senior member in the firm’s litigation division. For more than 35 years he has been one of the leading trial attorneys in the state of Iowa. He has served as counsel in more than 1000 litigated matters and has tried more than 200 jury trials. He has successfully defended major business litigation, obtained million dollar jury verdicts and successfully defended significant federal criminal cases. He has tried complex civil and criminal cases throughout the state of Iowa, including wrongful death, serious personal injury, products liability, securities fraud, bank fraud, medical malpractice, manslaughter, healthcare, semi-truck collisions, insurance fraud, sexual assault, false arrest, dram shop and breach of contract claims.

Guy is a double-board certified trial lawyer by the National Board of Trial Advocacy. He is one of less than 50 Iowa attorneys to be inducted into the Million Dollar Advocates Forum for verdicts and settlements in excess of one million dollars. He is recognized in both the Best Lawyers in America publication and the list of top ten Iowa Super Lawyers. He has been inducted into the Society of Outstanding Lawyers of America and is a certified member of the American College of Master Advocates and Barristers. Guy is also a member of the American Board of Trial Advocates. He is a fellow of the Iowa Academy of Trial Lawyers, the American College of Board Certified Attorneys, and the Litigation Counsel of America. Guy has been named one of the nation’s top 100 attorneys.

Guy is a Des Moines, Iowa, native. He worked his way through school as a union ironworker, campus security officer and law library assistant. Upon graduation from law school, he served as a judicial law clerk for Justice J.L. Larson of the Iowa Supreme Court. In 1983, Guy was appointed Assistant United States Attorney for the Southern District of Iowa. Among the cases he prosecuted were the largest insurance fraud in Iowa history, the then largest drug case in Iowa history, and the largest tax evasion case in Iowa history.

In addition to his work as a trial lawyer, Guy is a past-president of the Iowa State Bar Association. He is also the past-president of the Polk County Bar Association, the largest metropolitan bar in the state of Iowa. He was elected to serve as commissioner on the Iowa State Judicial Nominating Commission and has served as an appointed member of the Merit Selection Panel for selection of U.S. Magistrate Judges for the U.S. District Court for the Southern District of Iowa. He was also appointed to serve as a member of the Iowa Supreme Court Grievance Commission. Guy presently serves on the Board of Counselors of Drake University Law School.